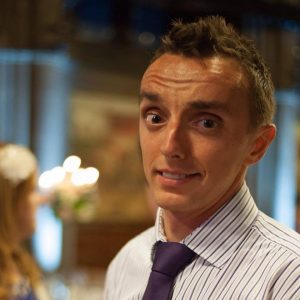 Some things around Christmas are so familiar that they start doing funny things to us at this time of year.

Songs that we’ve heard so many times in the past being played on Spotify playlists or in shopping centres that in any other circumstance we’d be sick of, but not at Christmas. For ’tis the season for Mariah Cary and Wizard.   Behaviour that we would never normally consider normal being standard procedure. I have never in my entire 31 years of life on this earth thought, “Oh I’m a little peckish.  Do you know what, I’ll have a mince pie,” but multiple times every December I find myself thinking, “I am so full I couldn’t possibly eat another thing… oh look mince pies …..do we have any brandy cream?”  Which naturally brings us to another of the oddities of the season that we accept with great ease due to its familiarity – weird food combinations. Fruit cake and a slab of cheese is not a popular item on the menu at any cafe in the UK (that I know of) year round, but if you’re offering me Christmas cake with a slice of Wensleydale, I’ll bite your arm off.  Red wine, diluted with orange juice that someone dropped something from the back of a spice rack into – no thanks.   Mulled wine – yes please. Want cream with your desert? No you don’t, what you really want is cream that’s been doused in alcohol – you want brandy cream, or brandy butter, or Bailey’s cream. Last year in our fridge we had champagne-flavoured extra-thick double cream, and I’m not going to lie, it was freaking delicious. 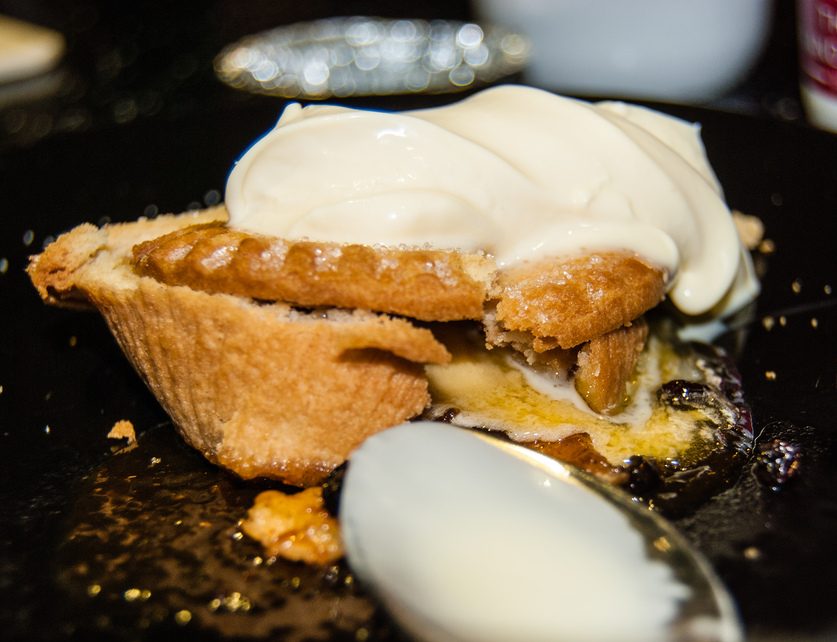 Our own family traditions can be incredibly important to us, even though everyone else may think them just weird. I know one family who open all their presents on Christmas morning, as a family of 5, in Mum and Dad’s bed while they are all still in the PJs. It’s an adorable Christmas image, isn’t it?   Parents and 3 kids on Christmas morning with their feet tucked under one big duvet opening presents together.  Except they aren’t 3 kids; all 3 “children” in this family are in their late 20’s.   It’s the familiarity of this practice that has made it so cherished that a couple of years ago, when one of them was getting married, it caused a family crisis – “What do you mean you don’t want us to all get into the same bed together any more on Christmas morning?!”

But as well as odd behaviour, odd music choices and odd food combinations,  familiarity with the Christmas season can also, as the old saying goes, breed contempt. We can become so familiar with some things around Christmas that the strangeness of them and the power of them is lost on us.

All over the world at this time of year, in myriad church buildings and public squares, millions of people will hear the words of the second chapter of the account of Jesus’ life written by Luke.  Words that are so familiar to many of us that Christmas without them would not feel like Christmas at all, but words that are, when you think about it, so alien, so outlandish, so contemptibly wrong that it’s amazing that any of us can hear them and not spurt out the mulled wine we’re drinking or choke on our brandy butter laden mince pie.

“And there were in the same country shepherds abiding in the field, keeping watch over their flock by night. And, lo, the angel of the Lord came upon them, and the glory of the Lord shone round about them: and they were sore afraid. And the angel said unto them, Fear not: for, behold, I bring you good tidings of great joy, which shall be to all people. For unto you is born this day in the city of David a Saviour, which is Christ the Lord. And this shall be a sign unto you; ye shall find the babe wrapped in swaddling clothes, lying in a manger. And suddenly there was with the angel a multitude of the heavenly host praising God, and saying,

Glory to God in the highest and on earth peace, good will toward men.

And it came to pass, as the angels were gone away from them into heaven, the shepherds said one to another, Let us now go even unto Bethlehem, and see this thing which is come to pass, which the Lord hath made known unto us.”

Today the idea of angels appearing and speaking to people in the field may simply be considered part of the world of seasonal make-believe, akin to the tales of Father Christmas coming down a chimney, the Grinch stealing Christmas, and Hugh Grant being Prime Minister.   Tales that are worth revisiting for the sake of nostalgia each Christmas but tales nonetheless and certainly not worth taking seriously.  I mean,  angels for crying out loud.

Well, we’ll come back to that, because there’s another problem here.  It’s not just that this story feels alien, it feels like it’s wrong.

“Glory to God in the highest,

and on earth peace,

good will toward men.”

At least not the kind of peace the angels were talking about. You see when you read the word peace here it isn’t just talking about a moment of quiet or relief.  It’s nothing like that cup of tea when you are miraculously left alone by your children, or that moment when you turn your e-mail -auto-response on for the Christmas break at work.

No, the Bible here is talking about a peace that’s meaning is fuller than that.  It means prosperity, it means rest, it means oneness, it means tranquility.  We may experience this for odd moments but it is hardly our constant state of being.  Not even at Christmas.  Perhaps especially not at Christmas. The time of year when everything is supposed to be perfect peace is so often mingled with discord or disappointment.

You think jovial drinks at the local back home with your old school mates will be great, but maybe it doesn’t seem to be quite what it used to be, maybe one of them couldn’t be there this year. That perfect set of Christmas Day presents features that appalling shirt your sister gets you with complete sincerity and you have to pretend that you love it. The road trip with a Spotify Christmas playlist ends up in a traffic jam and you run out of data halfway there, so you’re sitting in gloomy silence.  The train home across the countryside on a clear and crisp winter’s day is delayed by leaves on the track.

Life is so often an intermingling of moments of peace and plenty of discord.   “Peace on Earth,” declares the angel. What is he talking about?  Life isn’t all doom and gloom, but neither is it all sweetness and light.

We all feel it. Perhaps one of the most universal ways in which we feel it is how we relate to other people. We all want to be loved, or even if that feels a little bit too mushy for us, we all want to be liked. Actually over 5% of the UK population between the age of 16 and 24 describe themselves as feeling lonely either often or always. We long to be connected. And when we experience disconnection and discord we feel it.

And that of course is where the Christmas message comes in.   It’s the news that humanity is lost -wandering, looking, hoping, searching for something or someone who can reconnect us with a God from whom we feel inescapably estranged. Here is the news of that God, not demanding that we work our way up to him, but coming down and making himself known to us.  This is news that can be heralded by the angels as bringing peace on earth because Jesus is coming to give us peace where we need it most – peace to replace that inescapable estrangement that we feel from God. A peace that’s not so much for our immediate circumstances but is an offering of true peace for our souls.

But hold on a second. I seem to have just spent an awful lot of time going on about a story that earlier I admitted appears to be something of a fairytale. I mean it’s got angels in it after all. But just imagine something with me for a moment. Imagine that there is a God. And imagine that he did want to come and live on earth and be born as a human baby. If he’s God, then he can do what he wants, and so we might expect that to happen in the most ordinary and even imperfect of ways if he wanted it to be like that.  Maybe he’d be born to a young unmarried woman, in the back end of nowhere, into an oppressed people group. At the same time, because this is God being born as a human, you might expect the extraordinary, the unusual, the supernatural to break through the normality. Like stars appearing in the sky and angels appearing in a field. Exactly the kind of story, in fact, that is recorded in the Bible concerning the birth of Jesus. Simultaneously gritty and ordinary, supernatural and extraordinary.

It may seem absurd, but maybe, just maybe, God wants to get to know you this Christmas. 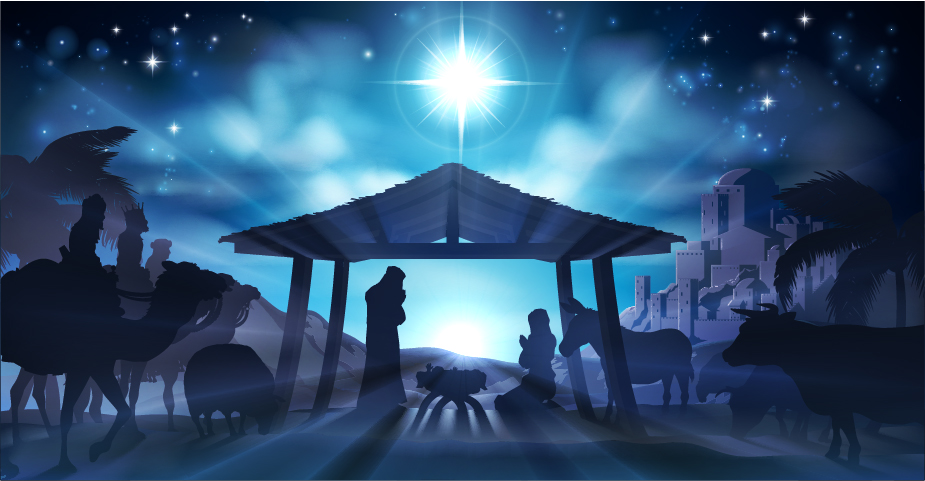