‘I really don’t want a building!’

The year was 2007. Our family had just been sent out of our home church to begin again by planting a new work in Southampton. 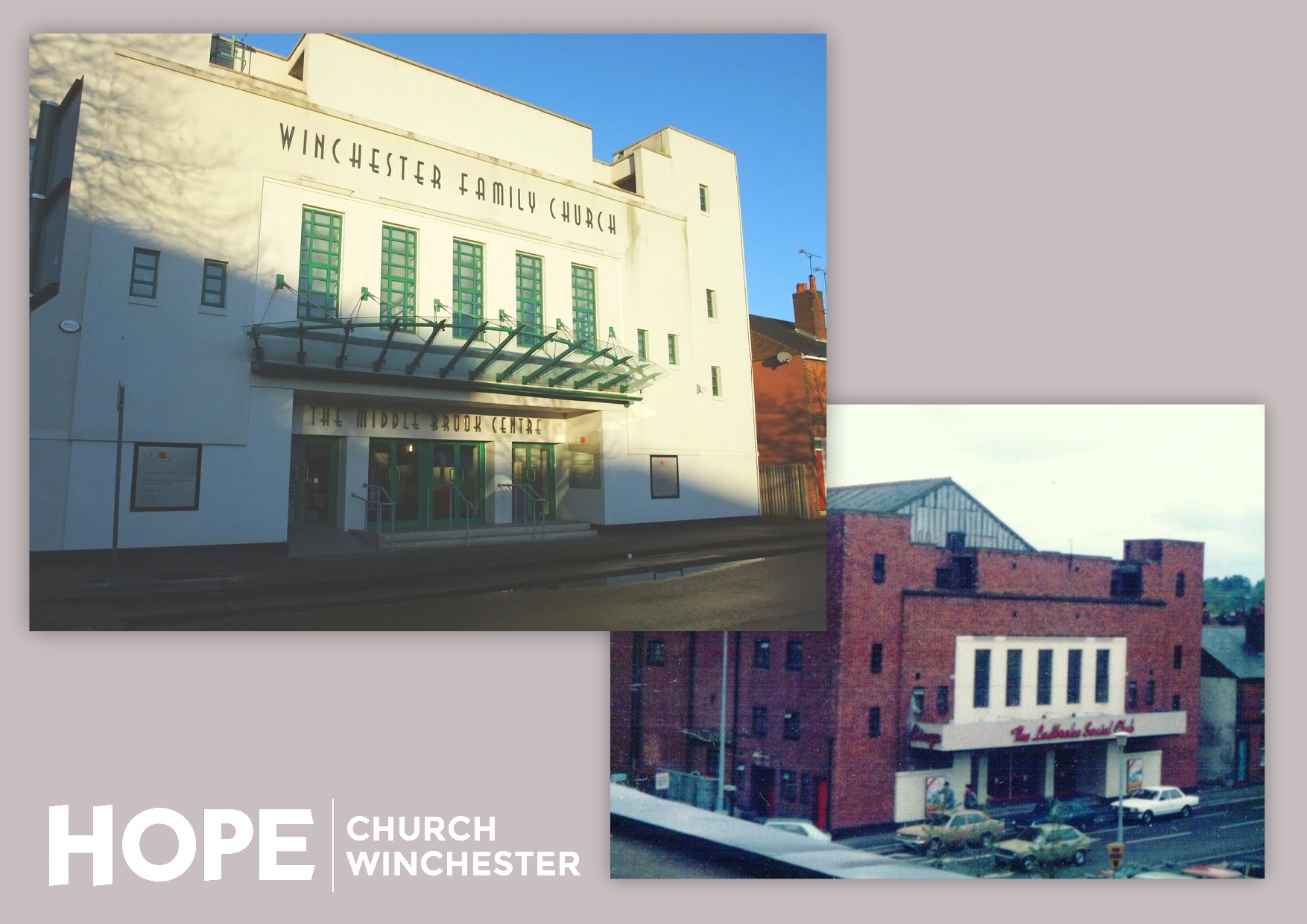 The previous decade has seen us doing all we could to buy and renovate a huge old Arthur Rank cinema in the heart of the historical city of Winchester. It had been ten years of digging deep at gift days, of praying in the early mornings for God to provide, of looking at plans and décor and carpets. After that, I was pretty convinced that when we made the move to Southampton, looking for a building to buy to meet in was not going to be part of our church’s vision. I wanted us to have our focus on people not paint, mission not mortar, salvation not decoration!

As the church began to grow, we also began to see how useful buildings could be. In the early days we could easily meet in homes and rented spaces, and rent somewhere bigger for a Sunday meeting, but eventually we came to see that this would end up limiting our mission. We didn’t have anywhere to serve the poor, to connect with others in the city, or to host the increasing number of smaller events we wanted to do.

To remedy this, we waited on God. Then in 2010 he spoke to us. ‘Put down a root in the city’ he said. We knew this was him giving us permission to raise faith and finance to buy a building as a hub for our ministries. We found one, had an incredible gift day, and bought ‘Units 1, 2 and 3 of the Carlton Commerce Centre’. This didn’t sound very snappy, so we renamed it ‘The Life Centre’.

For the next 8 years this became a great resource. From it we have been able to do so much. We have trained leaders, prayed often, fed thousands, studied God’s word, discipled our children, partied, rehearsed, sung and worked. Our Indian and Nepali members have been able to grow an International meeting on Sunday afternoons. It has been the springboard from which we have been able to embrace a wider mission as a resource church, and the hub that has held us together as we have outworked a multi-site vision into three parts of the city.
Buildings can be useful. 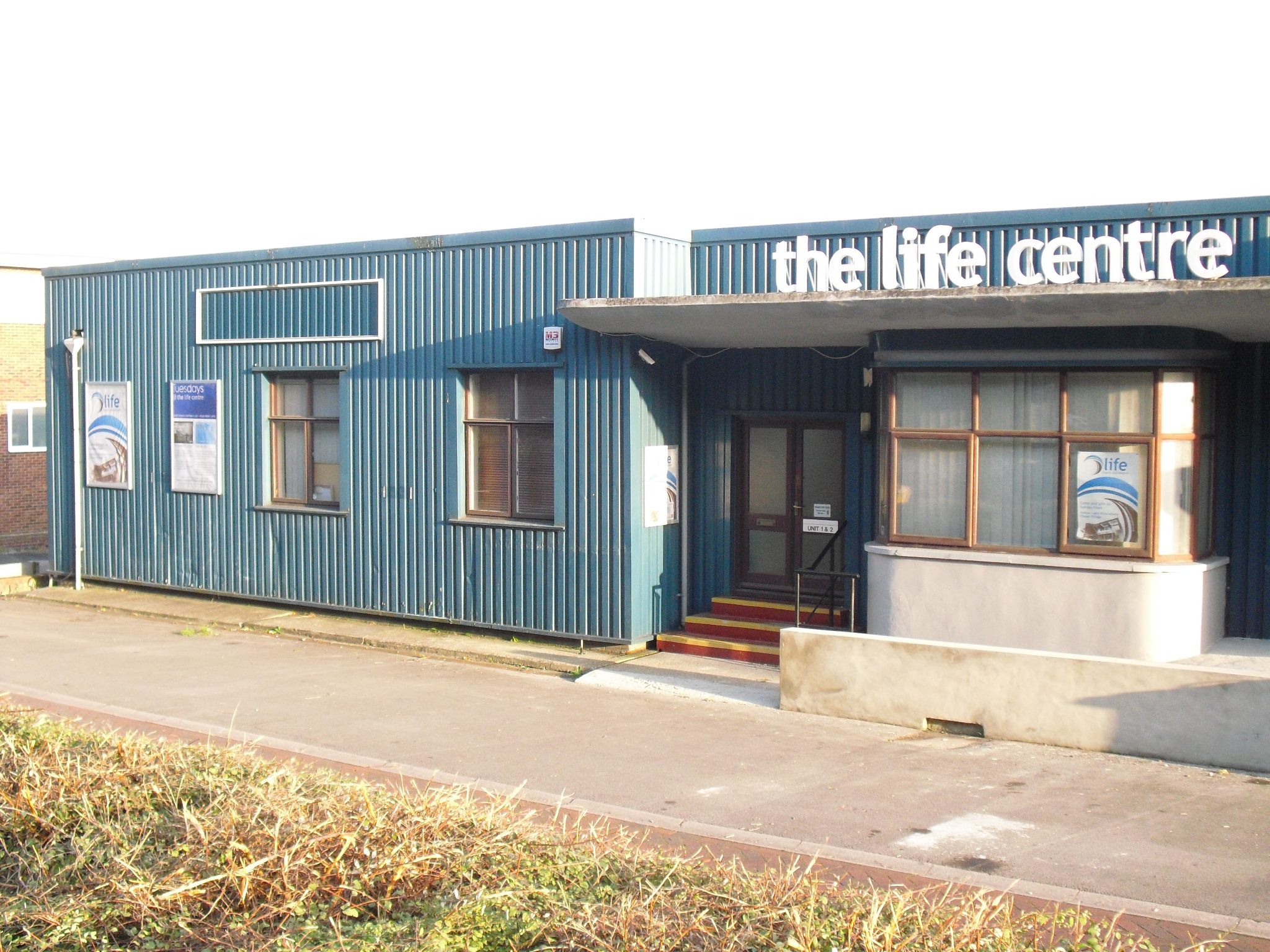 Now we stand at the turn of one season into another. We are now actively pursuing the purchase of a large building which can serve all our sites as well as the city and the region, and our wider call as part of Commission. It’s almost like when your teenagers grow up into adults, eventually they need to move out into a place of their own if they are truly to become the adult they’ve been growing into. Life Church has come of age.

Buildings always seem to have had a significant purpose in the plan of God.

In Exodus 33:7-11, the people of God worshipped in a temporary tent erected outside of the camp. This was upgraded in the early history of the nation of Israel, when the tabernacle became the centre of worship. After God had given Moses the commandments, he told him to construct a tabernacle and this was to be the centre point of the worshipping community and the place where the people of God could focus on his presence. It was even constructed geographically at the centre of the community, with the tribes camping around all four sides. (Numbers 1:53)

It was a more ornate replacement for the tent that had preceded it. You can read about the actual building in Exodus 35-40.

The people of God were invited to take part in its construction by taking up an offering of all the materials needed, which included the basics of wood and fabric, but also the much more ornate embroidered materials and precious metals. Over the years, parts were added to the tabernacle, such as living quarters for the priests and Levites. All in all it sounds like quite a significant ongoing building project for the whole community to be involved in.

When the Ark of the Covenant was removed from the tabernacle to be taken into battle, and subsequently lost to the Philistines, the tabernacle was finally pitched at Kirjath Jearim, and stayed there until the time of David’s reign. (1 Sam 4:1-7:1). With the ark gone, the tabernacle lost a lot of its esteem in the eyes of the Hebrew people, but finally came to rest in Jerusalem presumably stored in the area of the building which was to supersede it, the temple.

The temple was a step on from the tabernacle. Temples had always been places where gods were worshipped. David, being a man of war had not been allowed to build the temple, so it was his son, Solomon who completed the work in about 960 B.C.

If building the tabernacle had been a big community push, then this temple was a simply massive task. It required over 100,000 workmen and all the materials they needed. It was three stories high and the rooms were panelled with cedar wood, the floors were cypress, and the carved doors and walls were overlaid with gold. No stone was visible.

We know that over the years of exile, the various temples would have faced decay, and that the returning Israelites would need to find fresh vision and faith, as well as challenges from the prophets and visionaries to all pull together again to see rebuilding happen, and worship of God taking centre stage in the community again.

Buildings are always about worship.

Life Church is a worshipping community, and we are living in a day and in a city where God does not get the honour that he is due. We want to embark on our own building project, and do it in such a way that it will bring glory and honour to the one who loves this city more than any of us, and one who is jealous for its worship.

Buildings are all about worship. That’s because when we embark on such a project, it shows each of us pretty quickly what we worship. Someone once said to me ‘If you want to know what you worship, check your bank statement’. In my case I think I must worship Lord Lidl!

‘Where your treasure is, there your heart will be also’

Seriously though – Jesus said ‘Where your treasure is, there your heart will be also’ (Matt 6:21) We can gauge what we worship by where we choose to place our time and our resources. If we only think of our own needs, our own family, our own home, then we may fall in to the trap of neglecting the community of both the church and the city.

This was the very same challenge that God brought to his people through the prophet Haggai when the temple was in ruins on the return from Babylon which I taught on at our recent One Church Conference. ‘Is it a time for you yourselves to be living in your panelled houses, while this house remains a ruin?’ Haggai 1:3-4

It is a prophetic boot up the bum to urge the people of God to take their eyes off their own frivolous pursuits, and to galvanize the community into a re-building project so that worship takes the central place, and God takes centre stage.

We have found ourselves, by God’s will, in such a season.

We know that he has led us to buy and re-furbish a building. We are attempting to do that together. Just as for the tabernacle and the temple, this is not the task of the few, but of the many. Some of us will have gifts and talents to offer, others will have financial resources, but either way – this is a whole church effort. As you know I was incredibly humbled and proud of Life Church as we came to give at the One Church Conference. Over £250,000. Wow! That is spectacular. Well done for showing again who you worship with such gusto!

Yet this is just the beginning of a mighty task which lies ahead of us, and I’d encourage each of us to see that incredible offering as our first big step in this adventure.

Let’s agree together to give it our all, but let’s never get so bogged down in the ‘how?’ of a building project that we lose sight of the ‘why?’.

Buildings are all about worship.

Let’s worship him with all of our heart, soul, mind, strength, gifts, wisdom, abilities, and yes, all of our money too, and may we know God’s blessing on us as we enter this new season of adventure together.