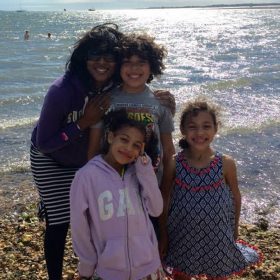 When we think about the term “single parent” many negative connotations come to mind, which is so so sad. Why is that?  When I see single parents, and now because I  am one, I see them as courageous men and women who are shouldering the parental responsibilities of their families mostly alone, as well as the emotional impact that comes with that, for themselves and their children.

Presently there are two million single-parent families in the UK, that’s one in four families, and there are various reasons why parents become single parents. It could be due to a death of a spouse or a partner, a marriage breakdown leading to divorce, an unmarried relationship breakup, illness or unintended pregnancy. Whatever the reason, what is for sure, is that many parents in this situation can suddenly find themselves in a roller-coaster of emotional feelings and practical challenges that are often exhausting and painful; things such as feelings of abandonment, anger, shame, grief, loneliness, tiredness, despair, financial insecurity, stigma, and social isolation.

When I was going through my divorce I spent the first year and a half in “the valley of shadows” (Psalm 23:4) and I know that sounds dramatic, but it really does feel like that. And the funny thing is you have to keep the plates spinning… everything needs to keep turning when all hell is breaking loose! The kids need emotional support, along with all the practical stuff like getting to school, feeding and having clean clothes. And then there’s work! The bills needed to be paid, housework continues, the grass needs cutting, and the bins need to go out… never mind your own emotional health. The person maintaining this little world, now alone, is dying on the inside while living on the outside. So many times I wanted to run but you can’t, you have to carry on. I had to keep going, stick it out and hold it all together.

So where was God in the midst of all this? I would love to tell you that I felt him close, but that wouldn’t be true. But his word said to me that he would never leave me or forsake me (Deut 31:6) and I held onto that truth by my fingernails!

You see, God walked with me through that time just like He did with Naomi and Ruth… (Ruth 1-4), yet at the time I couldn’t actually see it. And I’m pretty sure they didn’t either. Naomi became a single parent when her husband died. Leaving her with 2 sons and then daughters in law when they married. Later, both her sons also died and she decides to return to Bethlehem, her homeland and her daughter in law Ruth pleads to stay with her and they return together.

When Naomi heard in Moab that the Lord had come to the aid of his people by providing food for them, she and her daughters-in-law prepared to return home from there.

Nothing for a single parent is certain. When a partner has gone, you don’t know how it will pan out in the end. You have no clue where you will be in a year’s time. You wonder whether you and your kids will come out the other side emotionally intact. Will you ever re-marry? If you don’t, can you the pay the mortgage off, let alone meet the bills every month? There are so many uncertainties. Yet, the same God who watched over Naomi and Ruth is also our God too.

Be strong and courageous. Do not be afraid or terrified because of them, for the Lord your God goes with you; he will never leave you nor forsake you. 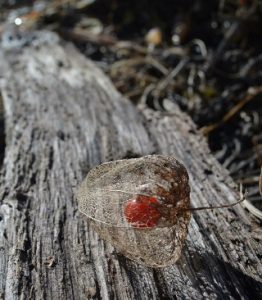 God not only fully redeemed these two women and made sure we remembered their story in the bible forever, but he also decided that their genealogy would herald two of the greatest kings who ever lived. King David and ultimately, King Jesus! I bet they didn’t see that coming! Oh, my word… from family breakdown and mourning, to family restoration and divine royalty!

What would have happened if Naomi didn’t believe what she had heard, and didn’t return to Bethlehem?

Be courageous single parents. God sees you, and he also sees your children and their children and so on, you are never alone. So don’t run from Him or the church, run to them! Make sure you surround yourself with God’s word and His people, and listen for His voice. That is exactly what Naomi and Ruth did when they returned home. God will get you through this challenging time, and he will do that by using your church family, your fellow Life Group members and others to help and support you along the way.

So often we feel that we cannot ask for help. We feel embarrassed, and often the cloak of shame prevents us from being vulnerable and sharing our needs, or filling out the benefit forms, or going to Citizens Advice, or calling Care for the Family or Gingerbread, the single parent organisation. At times, it’s hard to even ask for a babysitter!

Naomi and Ruth were in the exact same boat. They needed help when they returned to Bethlehem. Naomi experienced indignity, and now felt shame. Shame which she bore when she returned making it hard to face old friends and family, now as a widow who was childless and obviously still in emotional pain (Ruth 1:19-21). Then Naomi has to swallow her pride, asking permission to pick up the leftover grain (Ruth 2:2), and glean behind the harvesters (Ruth 2:6).

Action will be required on the part of the single parent when you’re putting yourself back out there. But asking for help, and getting back into church life, will benefit you emotionally and socially too, so don’t let negative feelings hold you back and prevent you from stepping out. God sees the positive steps you are taking right now even if it doesn’t feel very positive to you. He is watching over you and keeping you while you step forward with your children, and with Him.

Boaz replied [to Ruth], “I’ve been told all about what you have done for your mother-in-law since the death of your husband — how you left your father and mother and your homeland and came to live with a people you did not know before. May the Lord repay you for what you have done. May you be richly rewarded by the Lord, the God of Israel, under whose wings you have come to take refuge.” 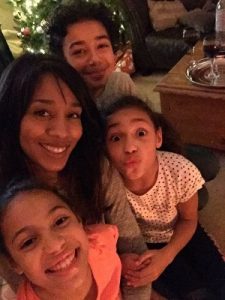 God has seen all you have done for your family as a single parent. My prayer for you is that “you will be richly rewarded by the Lord, The God of Israel, under whose wings you have come to take refuge.”

You cannot see your future but God does. This valley of shadows is not your destination. Like Naomi and Ruth, you are passing through to a better future. Jesus came to bind up our broken hearts. God has for you “a crown of beauty instead of ashes, the oil of joy instead of mourning, and a garment of praise instead of a spirit of despair” and [you] “will be called oaks of righteousness, a planting of the Lord for the display of his splendour” (Isaiah 61:1-3).

Take heart single parents, you are not alone.

Check out the bridge, the best bit of the song:

Sail on silver girl
Sail on by
Your time has come to shine
ALL YOUR DREAMS ARE ON THEIR WAY
SEE HOW THEY SHINE!!!

God has your future and your children – you’re gonna SHINE!

If any of Viv’s story has encouraged you, and you would like to chat about your own story, you can get directly in touch with Viv via the church office.

We are aware that we have single parents across the three sites of Life Church and we want you to know that you are not alone. We are thinking of starting a single parents group. The group would allow an opportunity to get together, to chat and support one another. If you would you like to be part of such a group then we would love to hear from you. Please contact the church office or the Pastoral Team, and we’ll be in contact with you.